We´re finally back to offer some fresh Reiza info for you.. I know some of you have been earning for it for a while now

Firstly I´d like to assure that the relative lack of news do not mean things haven´t been going on in the background, but some news are indeed overdue and this feels like a good time to offer a round-up of where we stand on various topics – here goes!

Reiza Next Title (aka Reiza 201X or the AMS Sequel)

For those of you who may not be aware, some background info: we first announced plans to develop a fully new title after licensing the ISIMotor2 Engine back in 2015 as part of the SimRacing Bonanza crowdfunding campaign to fund further development to Stock Car Extreme (eventually turned into Automobilista), as a way to give backers some foresight of where we were going on the long term (also because this new title was offered as a perk on some investment levels). This new title was at various points refered to as Reiza2017, Reiza2018 or just simply the “AMS Sequel”.

As it turns out the announcement proved quite premature, and the estimate release schedule optimistic as the 3 years that have gone on since have brought up many changes – Automobilista proved both more demanding and more succesful than we expected, earning it an extended development timeline; some people have moved on while others have joined, lessons have were learned, new partners and better possibilitiies have presented themselves and all the while we have been juggling these changes and evaluating the new options in order to work out the best path forward.

While all that has inevitably pushed the schedule for the new release up further, we hope people can appreciate that this is a crucial step for the future and once development sets off on given a path it´s very difficult (and potentially lethal for a small studio such as ourselves) to try turn around. It obviously hasn´t happened in 2017 nor will it in 2018, but release is now set firmly to 2019.

The original plan was to develop our own tangent to ISIMotor 2 (and we have done that to some extent with Automobilista), it eventually became clear that tackling the bigger structural changes required to fully update the engine was too risky and time consuming prospect, so we set of looking at alternatives that could deliver and engine to our requirements at a faster pace, and preferably not forcing us to discard the work poured into AMS. The good news is that there are no shortage of good options that will allow us to deliver on those targets.

One of which is indeed rFactor 2 – after we announced the rFactor2 Bundle there was some natural speculation about us licensing the rFactor2 engine for the AMS Sequel – the opportunity to develop the Bundle has certainly been valuable for us to properly sink our teeth into that engine and learn more about it, at the same time allowing us to create something fresh and generate some welcome extra revenue with it. It was also a chance to rekindle our relationship with our friends from Studio 397, with whom we had already collaborated early on the development of Automobilista.

While licensing the rF2 engine remains a very exciting option, for now development of the Bundle is an end on itself – we´re still evaluating other options including one that has just recently been presented, while remaining adamant a decision will have to be taken soon.

In the meantime the project has been advancing in other fronts – we´ve recently secured a number of new exciting licensing deals to go along those we already had; we have also been working on developing new content and further upgrading the cars and tracks that will be ported over from AMS (most of them will).

This is what I can share now – while I appreciate this is not as detailed as some might have been hoping for, hopefully when time comes for an official announcement (in a matter of weeks rather than months) the wait will have proven worthwhile

The next step is on the road is the release of the Reiza rFactor 2 Bundle, an exciting prospect in its own right. Here are some more details we can now share about it.

Firstly, the content – these are cars and tracks that will make up the Bundle: 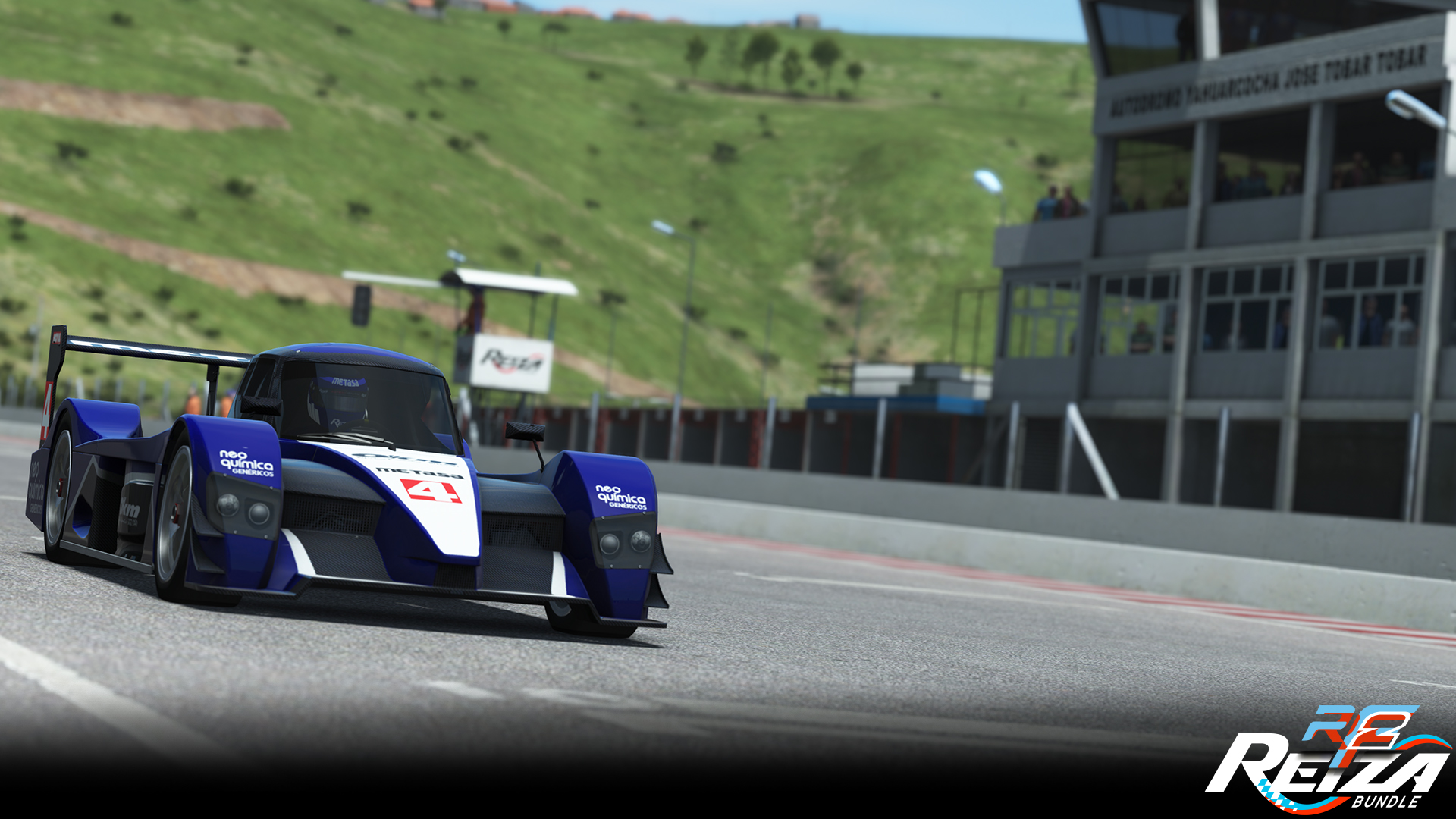 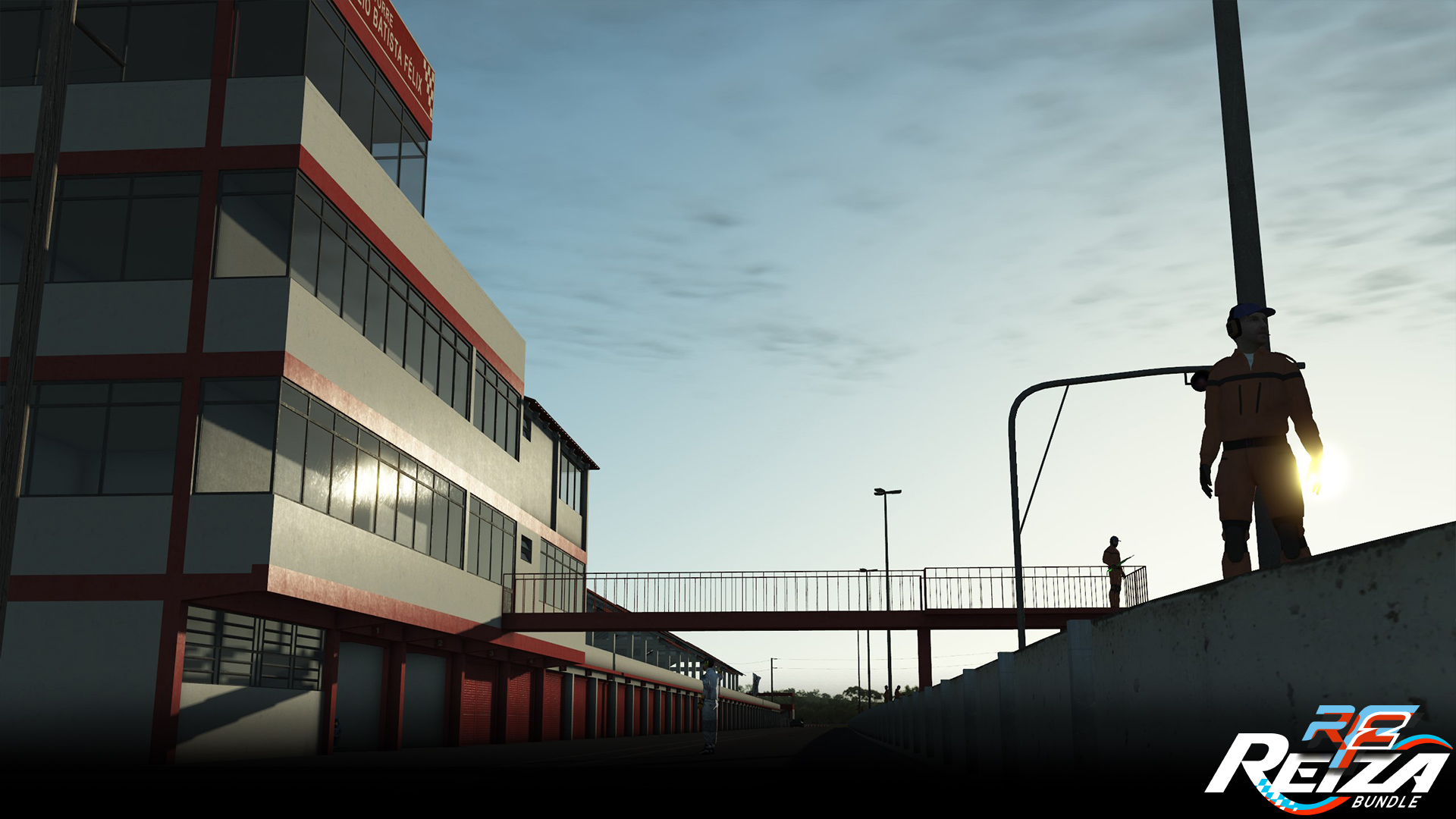 Our goal when assembling content for the Bundle was to put together a pack that was at once interesting, complementary and fit in well together along with exiting rF2 content. Obviously the fact this is a 3rd party for another sim means it has to inhabit the design of that product, for that reason you won´t be seeing any of our semi-fictional cars on the Bundle, as Studio397 has been focusing on delivering officially licensed content for rFactor 2.

Since there are 50 venues and over 30 series to pick from in Automobilista it would not be surprising for some of you not to find your personal favorite in this package, moving forward though anything is possible – if the Bundle is well received it could be expanded or a new one put together, possibly even including bigger and / or brand new content.

Pricing is not 100% finalized but you may expect it to be close to standards of other rFactor 2 DLCs with items being sold individually and the full bundle at a special discount. We are pushing to release all items together before the end of September.

This is another front where we have been running late over the original prediction, so firstly let me assure everyone that it´s still coming

Obviously much later than we´d antecipated – reason in part is that eyeballs have almost inevitably focused elsewhere lately, but the main challenge has been conciling the licensing demands of this DLC with the AMS Season Pass – as this pack wasn´t initially foreseen when we first offered the Season Pass it took some manouvering and a bit more time for us to absorb the costs and keep it free to Season Pass owners. We´ve managed to work it out and should have more details about it in the coming weeks and release not long after.

Further Automobilista news is that while core development wrapped early on the year with v1.5.1 release we´ve taken some time to put together one more hotfix to address a few issues presented to us since. It should also be rolling out towards the end of the month.

We have an extra treat for both Reiza Campaign backers as well as Membership pack owners – thanks also to the kind support of Studio397, upon release of the rF2 Bundle those of you in either group will have the option to request the Reiza rF2 Bundle to be added free to your Steam account (naturally so long as you already own rFactor2). More details on how to proceed to request this will be offered upon release.

As further clarification specially to backers who bought into investment levels that included the AMS Sequel and its eventual DLCs as potential perks, we´d like to assure you´ll still be due to receive those perks upon the release of the new title. The “extra” perks that have been offered since in the form of free additional AMS DLCs and now the rF2 Bundle do not subtract from your original perks.

The Sim Racing Expo will be taking place this weekend at the Nurburgring, and I will be attending along with some other Reiza devs. While we won´t be presenting anything this year, it should be a good opportunity to meet up and chat with those of you who may also be attending

We´ll be roaming around on saturday afternoon with our Reiza / Extreme t-shirts, so feel free to come up and say hello!