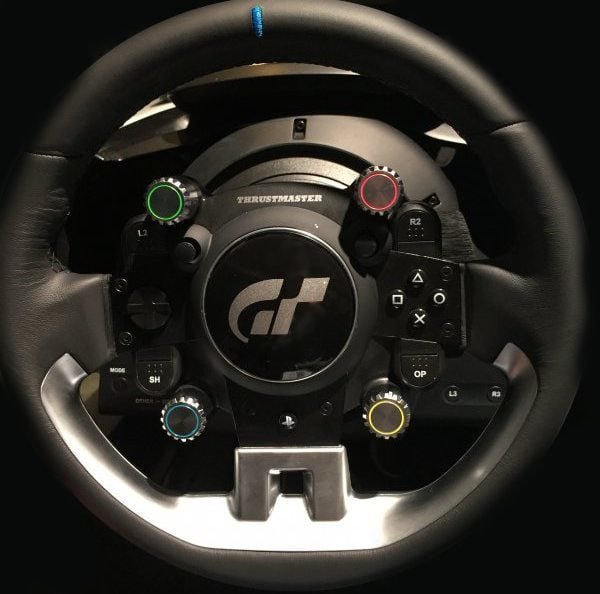 Sent to GTPlanet anonymously, the above image is our clearest glimpse yet at the latest member of the Thrustmaster family. The unnamed wheel takes a page from the modern hyper-technical wheels found in real-world motorsports, with numerous buttons and knobs growing out of the central section.

Curiously, the four rotary knobs do not line up with the traditional colour scheme of the PlayStation face buttons. Could each knob tie in with the many sub-menus founs in the updated HUD shown at Geneva last week? It certainly seems likely.

There’s also a small “Mode” button tucked away in the bottom left of the wheel. As GTPlanet member FPV MIC points out, this could be for pedal inversion. There’s also an “Other” label partially obstructed by the blue rotary dial — as none of the other knobs have any labels, we’re left wondering what exactly that could entail.

Detailed information on the hardware housed in the wheel base is also light on the ground. Polyphony Digital president Kazunori Yamauchi told GTPlanet the wheel was direct drive at the Copper Box last spring, but that’s all we know so far. Hopefully, with the Gran Turismo Sport closed beta arriving later this week, official updates on the new wheel begin to trickle out.